I was born in Trento on the 6th of May 1963.
I graduated as a congegnatore meccanico from the Professional Institute of Villazano and in 1981 began working in the family shop along with my Father and Grandfather. Here I specialized in making spray guns and between-row herbicide booms.

From my father, Renzo I inherited a passion for work, motorcycles and photography. With regards to my work I’ve received certifications in welding (UNI EN287-1) and CAD design software (Basic and Advanced).
I spend my free time divided between motorcycles and photography (basato sul italiano). In my free time I love taking pictures and gowing for rides on my motorcycle.
Speaking of motorcycles. From 1992 to 2008 I served on the governing council for the Moto Club of Trento. Over the years I’ve enjoyed competing in various Trail and Motoraid competitions. In 1994 and 1996 I placed second in ”Motoraid” at the Regional Championship TnAA. Then in 1997 I took first place in the ”Castle Rally of Trentino” and later that same year took first place in Motoraid at the Regional Championship TnAA.
In 1996 with the purchase of my Honda VFR750 RC36II I joined the VFR Club of Italy where after 2 years I received the position of Regional Representitive for Trentino Alto-Adige
In 2004 I purchased the brand new VFR VTEC 800 RC46II. In 2018 I passed at Honda VFR Crossrunner X.

Some of my shots have been displayed at the “Gallery of Piedicastello” for the 50th Anniversary display of the National History of the Alps Museum
– Recently I took;
1) Second Place in the competition “Trento; Unpublished Images” put on by the City of Trento
2) 1st Place – “Shots of the Weather” a competition put on by the local newspaper Il Trentino.
3) 10th Place – “A Look at the Sky” again put on by Il Trentino

In 2011 and 2012 I received 2 second place finishes in a competition organized by the ASD Maratona del Concilio and another 2nd place at the “Coppa delle Dolomiti”
I received first place from the Technical Jury in 2012 at the “My Idea of the Future” a competition organized by Il Trentino.
Recently in 2013 I took 1st Place at the “How Technology Changes Lives” competition
Some of my photos have been chosen and inserted in various books and magazines.

I helped organize an important sporting event and one of my photos was inserted on the second page.
I am the author of the photo collection “Sulle Tracce dei Magi” on display at the Civic Center of Meano 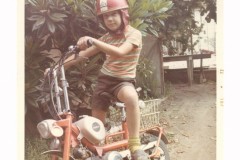 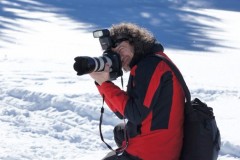 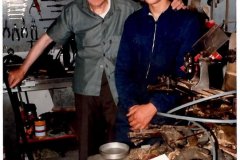