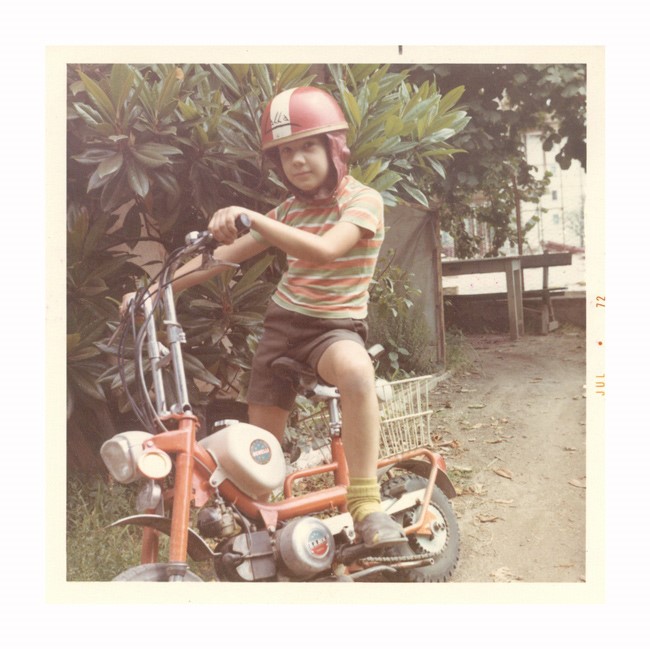 My first motorcycle was a Benelli 50. I burned through the tires riding the streets around my house. Over the course of 14 years I went through a Beta ”Stork” then a Malaguti ”New Dribbling” – which I used to get to school. Then a Montesa 49 Trial bike and with the trial bike my passion for 2 wheels was born.
The Montesa 49 made room for it’s bigger sister the Montesa 123 and this is the bike I started competing in the Moto Club of Trento with.
The next step was the Montesa 349. After my Trail the desire for a performance bike brought me towards a red Honda XC 400R. Good off-road comfort and agility where it’s strong points.

2 years later I sold the single cylinder Honda for a red Transalp XL 600V a big bike for touring and light offroad.
My first riding season I did about 17,000 Km together with Cristina and some friends. Touring Trentino, Austria, Germany, and France and seeing many motoGP.
I also used this motorcycle for my vacations in Corsica and Island of Elba and many others.
In 1996 I upgraded to a true Sport Tourer – it had always been a goal of mine – the red Honda VFR 750 RC36II with my purchase of the VFR I met the big family that is the VFR Italia Club.
In 2006 I took another step up with a red VFR VTEC 800. A bike new and different, technological, powerful, and safe.
With the VFR Club there is a strong bond made up of many shredded corners. Among VFR Italy we are the Grizzly Pack of Trentino Alto-Adige. 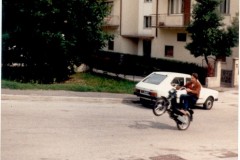 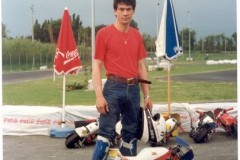 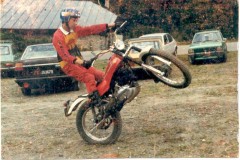 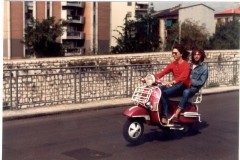 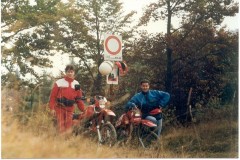 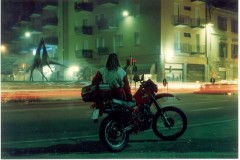 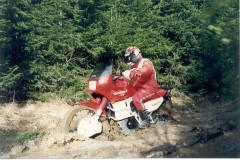 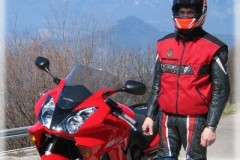 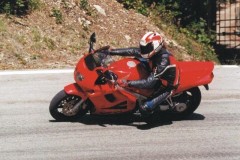 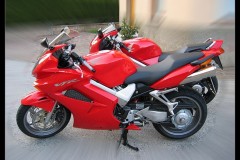 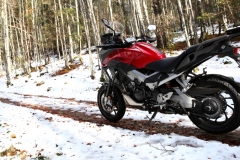